Colchicine has been used in the treatment of gout and gouty arthritis for about 1,500 years. It is considered “mankind’s” oldest and most powerful anti-inflammatory medication. The use of colchicine can be traced to the ancient Egyptian physicians who successfully treated the arthritic problems of their Pharaohs with it. 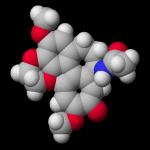 In 1953, an orthopaedic surgeon by the name of Dr. Michael Rask, MD discovered (by accident) that colchicine healed patients who suffered from back trouble due to disk problems. Dr. Rask then began to use colchicine by injection to see if that could enhance the effects on disk problems. Well, guess what happened. Dr. Rask reported an amazing 92% success rate with intravenous colchicine! Over 6,000 people were successfully helped with this therapy in over 35 years. What is amazing is that approximately 1,500 from the 6,000 people treated were failures from previous back surgeries!

How does colchicine work?

Here is a list of published research information on how colchicine may “fix” a disk:

How does someone use colchicine? 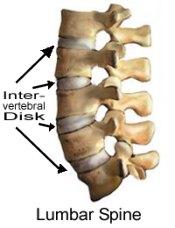 The most effective way to benefit from colchicine is by injection (intravenous). The pill form (oral) is limited and it does not produce the same dramatic effect(s) as compared to the injection. In fact, the pill form tends to produce more side-effects because it bothers the stomach and intestines.

How much time is needed before the effects of colchicine can be felt? In 4 out of 10 patients, one injection of colchicine can provide immediate and complete relief of disk damage pain and sciatica. The remaining patients need a series of treatments (1-2 per week) before a benefit can be noticed.

How safe is colchicine?

Colchicine is safe when used correctly. Dr. Rask, over the many years of experience, believes colchicine to be more effective and safer than aspirin. The main concern with intravenous colchicine is the chance of a chemical “burn” if it leaks outside of the target vein. Therefore, it must be given with expertise and caution, much like any other intravenous medication. In the US, a pharmacy compounded a toxic batch of colchicine which resulted in the unfortunate death of 3 people. As a consequence, it is very important that reputable pharmacy sources are advised whenever using the intravenous form along with care & experience in its application. As a consequence, the intravenous use of colchicine has been prohibited in the USA (but not in Canada).

Other documented uses of colchicine